The pre-Islamic Arabian history is handled as jahiliyyah and this period’s culture is evaluated as jahiliyyah culture. Recognizing and understanding of the period of jahiliyyah is related closely with the enviroment which Muhammad (pbuh) was sent with the holy Qur’an as a prophet. In this context, we handled with various subtitles paganism, transition of Arabs to paganism and the beliefs of pagan Arabs in this paper. In this context the notion of “jahiliyyah” has been handled and has been emphasised it in the Qur’an and hadith. The reasons for the transition of Arabs to paganism and the spread of paganism have been discussed in various aspects. In addition, the famous idols of the Quraish tribe were evaluated with different sources. Arabs’ opinion on the idols and worship types have also beeen discussed with resources. In the framework of other beliefs of the Arabs, Rahman Faith and the Three Star Gods System were emphasized. Thirdly, the sacredness the historical process of Kaaba and the importance of zemzem have been explained. Then, it has been informed about the beliefs of Judaism and Christianity as heavenly religions in the Arabian Peninsula in the pre-Islamic period. In the last chapter, Haniflik, Sâbiîlik, Mecûsîlik and Dehrîlik are discussed under the heading of other beliefs. 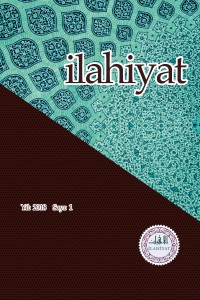