THE CONCEPT OF ISLAMIC STATE THROUGH PROPHET MUHAMMAD’S POLITICAL EXPERIENCE

After the demise of the Prophet Muhammad, Muslims faced with a huge crisis of political legitimacy. As a matter of fact, the disputes, riots and civil wars that broke out during the reigns of Caliph Osman and Ali and the assassination of three of the four caliphs, considered as Rashidun Caliphs, are the important indicators of the political crisis in the Islamic society after the Prophet. The root of this political crisis is the question of who will gain the leadership and how to lead the Islamic State, alleged to be found by Prophet Muhammed. The main purpose of this study is to criticize the historical validity of the claim that an Islamic State was established under the leadership of Prophet Muhammad. In this article, it is discussed whether the elements of the period of Asr-ı Saâdet (The Era of Prosperity), which constitute a historical background to the discourse of the Islamic State, presents a state form within the conditions of the era, and the essence of Prophet Muhammad’s political experience is evaluated.

THE CONCEPT OF ISLAMIC STATE THROUGH PROPHET MUHAMMAD’S POLITICAL EXPERIENCE 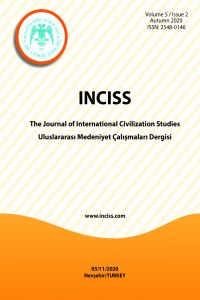