The objective of this study is not to reproduce once again Tūsī’s usual classification of virtuous cities and non-virtuous cities or ideal and non-ideal cities. One can learn about these classifications through his own works, particularly from Nasirean Ethics (Akhlāq-i Naṣirī). Rather, the objective here is to specify the ontological principle that serves as the common denominator to all forms of power in Tūsī’s works, be it virtuous or non-virtuous, and to show how this principle becomes a metaphor through its transcendental and immanent levels or by its grounds of pure knowledge and pure action as well as how he processes this metaphor in a normative teleology. For its conceptual vocabulary, almost all classical political thinkers refer to this principle as formulated by Aristotle in the phrase, “Man is by nature a social animal.” The similarities and differences in philosophers’ perspectives on the identity of power depend on their definition of the social/political content of this principle in relation to “human nature.” Therefore, they discuss the social life and the ideal form or management of this social life directly in relation to human nature. One can argue, however, that although all thinkers, principally classical philosophers, have their own vocabularies and conceptual preferences on the subject, they theorize within a similar epistemological framework. They discuss the premise, “Man is by nature a social animal,” on two grounds. In other words, this premise that finds its base in the separation of body and soul reaches to the distinction of society and ideal society by analyzing essential human needs and human needs for perfection. These needs can be placed onto immanent ground as corporal needs-society and onto transcendental ground as soul-perfective needs-ideal society. However, a tension in theoretical discussions of the subject always exists. This tension between grounds exists in parallel to the search for ideal politics and the secondary expositions on this search whose focal point moves toward extremes. Sometimes this tension increases to the level that it creates an opposition between two grounds, and reproduces both of them in a contradictory way to their own premises. This practice of reproduction covers the shared field of these two grounds and the exchanges between these grounds through these correlations.

Tūsī’s conception of social body enables us to understand all political practices occurring within the shared space where immanence and transcendence meet in two-dimensional correlations. The particular thing that this principle determines in Tūsī’s thought is that the political action specific to the human being can be imagined in a society or a social body transcendent of all its individuals. The literature on Tūsī, however, has not openly questioned the process of perfection of this body’s organs or components by turning them into a whole union. Also, the question of how the political philosophy of this process is related to Aristotelian constitutive premise has not been addressed yet. A possible answer to this question can be found by showing how one overcomes or eliminates the dualisms taking root in human nature within the context of this premise and how she or he arrives to a complete union by approving of each element in dualisms or multitudes. Human nature, society or politics are taken as identical issues in Tūsī’s political philosophy. The most important source of this idea of identicalness, which has its roots in Ancient Greece, for Tūsī and even in the present day with various differences and antitheses is to relate the premise that man is by nature a social animal with spiritual and corporal needs and at the same time with immanent and transcendent grounds. Two kinds of body — man and society — are conceived of as connected to the same causational principle and to the same processes. Tūsī grounds this thought in the theory of needs based on the union and harmony between corporal organs and spiritual powers. In this sense, the premise that man is by nature a social animal is explained in his thought both through immanent needs based on body and through transcendental needs based on soul.

According to Tūsī, even though a complete opposition can be created by pulling two grounds to the extremes, they cannot be separated completely, because a connection between grounds taking root within human nature always exists. The illusion or image of separation occurs when one ground seizes the other in possession or dispossession of the other through this connection. For example, the domination of reason in soul-related perfections in the transcendental ground occurs not by destroying the corporal needs in the immanent ground, such as desire and anger, but, on the contrary, by bringing that desire and anger into a balance and controlling it through a superior position. On the other hand, placing the corporal needs to this position limits soul-related perfections. Staying within the normative teleology of the classical philosophy, Tūsī treats the first status as the health of the whole, composition or body and the second status as its illness. Therefore, in both health and illness, grounds can play actively to place itself into this dominant position during the human process of being human. In other words, the principal thing that distinguishes human association from other animal associations or commonalities is an association in which both grounds can be active at the same time despite their variable conditioned differences. Just as encoding health and illness tendencies in relations between body and organs, these grounds that can be active only by encoding similar tendencies in the social body and organs proportional to their levels of functionalities. Tūsī transforms the relationship between the tendencies returning to or rooting in these grounds to the body-organ metaphor in the logic of balance in the theory of disposition and treats it as a common denominator for both bodies. 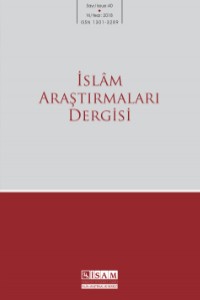