Muslims captured vast lands following the early conquests by the Prophet and first caliphs, extending their control beyond the Arabian Peninsula. They accommodated the local social, administrative, and cultural heritage in order to take control over the region. Just like all civilizational “interactions,” certain practices remained similar to their earlier instantiations. One of these practices was the system of jund, which was applied following the conquest of Bilād al-Shām (Greater Syria). Jund (pl. ajnād), literally meaning “army—military districts,” described military-administrative districts established in Bilād al-Shām (a region covering from Syria, Jordan, Palestine, Lebanon and southern Turkey) in early Islamic history. Looking at administrative reforms in Bilād al-Shām before the Islamic conquests, the system initiated by Roman Emperor Diocletian (284-305) prevailed in the east of the empire until the 6th century. This administrative structure, also called Dioecesis Orientis (Eastern Provinces) and made up of eleven provinces at the eastern border of the Byzantine empire, survived until the end of the 6th century and was replaced by another military-administrative structure called thema. It is still debated where in Byzantine lands these themas were established, supposedly initiated by Emperor Heraclius (610-641). When looking at the conditions of Bilād al-Shām before the Islamic conquests, it appears that the Byzantines reestablished control over the region by defeating the Sasanians at the Battle of Nineveh. The region came under control of the Muslims through military conquests. After these conquests, Muslims initiated a new military and administrative structure called jund. The junds were established first in Jordan, Palestine, Damascus, and Homs. The Umayyads added to these a fifth jund in Qinnasrin. The jund divisions, which seems to have existed only in Bilād al-Shām under Muslim rule, underwent some transformations by the establishment of ‘awāṣim and thughūr cities by the Abbasids. The junds of Bilād al-Shām began to dissolve in time—especially due to the turmoil caused by the Crusades—and this system was abandoned. This study focuses on the origins and formation of junds as well as on the Byzantine influence in their establishments. It first examines the kinds of administrative systems that were applied in Byzantine Bilād al-Shām. Then, it reviews the information provided in primary sources about the process of the formation of the jund system. It brings together accounts in Balādhurī, who was the first author relaying the formation and transformation of the junds, and other works on geography penned by Muslims. It provides an overview of the junds’ administrative structures (such as changes in time, subdistricts, and capitals) and on economic structures (like annual tax resources both in kind and in cash and the coin known as jundī etc.). In addition, it includes tables comparing amounts of taxes varying by different geographic districts in Bilād al-Shām. Moreover, it also seeks answer to the question whether the jund system was an administrative district formed first by Muslims or inspired by previous Byzantine examples. Modern historians discuss whether the jund system in Bilād al-Shām was a Muslim invention or a continuation of the Byzantine administrative system. Although some argue that the Diocletian system existed in Bilād al-Shām before the Muslim conquests, it is worth noting that Irfan Shadid, a specialist on Arab-Byzantine relations, underlined the existence of quadripartite division formed by Heraclius, as he called it “unfinished Byzantine themas.” According to him, between the Battle of Nineveh in 628 (ending Sasanian control in Bilād al-Shām) and the Battle of Yarmuk in 636 (in which the Byzantines lost control in Bilād al-Shām), Heraclius established a quadripartite system. The four junds that formed after the Muslim conquests (Jordan, Palestine, Damascus and Homs) were actually a continuation of the prior system (and later the fifth jund would be established in Qinnasrin). My research in this paper adopts this argument, because it seems to have stronger historical basis. Therefore, the details of this perspective supporting the Byzantine origins of the junds of Bilād al-Shām seems to have qualitatively and quantitatively solid ground. Ultimately, the study argues that the junds shared many common aspects with previous Byzantine systems and thus stood largely as a continuation of these previous systems. 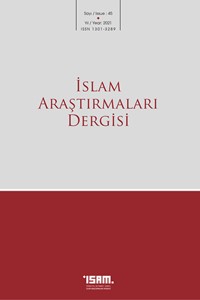