Evaluation of Participation Banking in the Scope of Behavioral Finance: An Application in Erzincan Province

Classical economic theories have been difficult to explain the decisions that individuals are not rational in their investments. Therefore, a gap has emerged in classical economic theories. Because it has been revealed that people take into different variables in their investment decisions besides risk and return. The concept of "behavioral finance" has emerged to explain such behavior of people and to fill the gap in classical economic theories. According to behavioral finance, people can decide on their investments in their psychological, cultural and sociological variables apart from economic return, risk and profit variables. In this study, participation banking was evaluated within the scope of behavioral finance on individual investors in Erzincan province by means of survey method. Factors influencing the preference of participation banking were analyzed within the scope of behavioral finance. In this context, a survey was conducted with 404 individual investors. The data obtained were analyzed using the SPSS 22.0 statistical program. In the study, first demographic findings, and then one-way analysis of variance findings are included for the analysis of hypotheses between participation banking and behavioral finance. As a result of the study, it has been determined that while individuals prefer participation banking, they are affected by many behavioral factors other than financial factors. 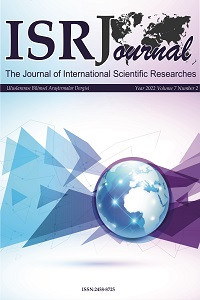