The Sexual Development: Examining Communication between Parents and Their Children 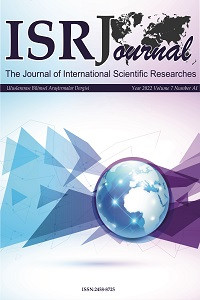