Distribution of Wealth by Capital Markets: Myth or Reality?

Many books and countless articles have been written about capital markets. Most notably, these studies are technical (especially in the U.S.) and concern, for example, earning money from the stock markets. In 2008, following the onset of the global financial crisis, there were calls for changes in terms of the operation and regulation of global capital markets, mainly because of the short term “profit oriented” focus of investors, the need to compete with the new economy, and the loss of corporations’ moral fiber in the management of funds. This situation has wounded the capital markets system and shaken investor confidence. Meanwhile after the crisis, as the problems and weaknesses of the system were lamented by many critics, a very important but somehow overlooked issue reemerged: do the stock markets really help in term of the creation and dispersion of wealth, as they initially promised to do? One of the most important functions of stock markets is undoubtedly to ensure a balanced income and wealth distribution. This functions of the stock markets promise to serve economic, political, and social development objectives. In this context, stock markets were initially developed with the intention of “peoples’ capitalism,” in which the widespread dispersal of stockholdings meant dispersion of wealth to the masses. In this paper various sources, covering governmental and academic research and statistics, are explored; and the history of the creation and development of wealth, corporate ownership, and control in Europe and the U.S. is delineated. As a result, in light of the information gathered, the paper concludes that stock markets have a notable role in the creation and dispersion of wealth. However, stockholdings in capital markets mainly accrue to wealthy minority groups in the form of funds and, again despite the public offerings, the management and control of companies resides with the same privileged groups. To prove this point a developed (the U.S.) and a developing (Turkey) capital market were investigated. Investor profiles, trends, and ownership structures were studied to determine if and how these two case-study markets differ. As a result, it was concluded that in both markets the proportion of stockholders belonging to low-income groups is very small. 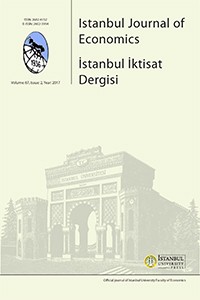