Aim: The purpose of this study is to investigate the relationship between personality traits and psychological performance strategies and decision making styles of protected football (American football) athletes.

Methods: The population of the research was composed of the protected football (American football) athletes who played in the university league, while the sample consisted of 82 male athletes in the university league. Personal data form, Eysenck Revised/Abbreviated Personality Questionnaire, Psychological Performance Strategies Scale and Decision Making Scale were used in the research.

Conclusion: It was observed that the psychological performance strategies and decision making and personality traits of American football players were correlated with each other, and athletes using psychological performance strategies have made clearer and confident decisions. Furthermore, it is possible to say that athletes being able to use psychological characteristics such as emotion and thinking can change their personality characteristics. 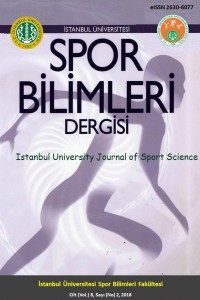