The opinions of hotel managers about halal hotel concept: A research in Cappadocia

The number of halal business hotel concept in Turkey in recent years, especially in regions where intensive maritime tourism has been increasing. However, there are no such hotels in the Cappadocia destination. The main purpose of this study is to determine the thoughts of hotel managers in the Cappadocia tourist region on halal tourism and the concept of halal hotels. Using the semi-structured interview technique, open-ended questions were asked by the researchers to the managers of 17 four and five-star hotels with tourism management certificates in the region. The obtained data were subjected to content analysis and interpreted. The main findings obtained from the research are that hotel managers in Cappadocia see "halal tourism" as a rapidly developing market in the world that will become even more important in the future, and there is no need for a halal hotel concept to promote the demand for the region; they did not intend to make arrangements in accordance with the halal hotel concept and obtain halal hotel certification in their businesses. They kept prayer rugs in their hotel upon the requests of the guests, they turned their meeting rooms into masjids when requested; and hotel rooms have a sign showing qibla on nightstand drawers. 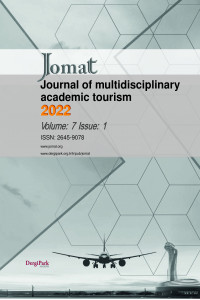