THE FACTORS THAT THREATEN THE MIGRATORY BIRDS

Birds differ from other animals with their many differences morphological and biological features. Many bird species have adapted to living in water, on land and in the air with these features. Feathers covering the bodies are not found in any other animal group. There are between 8500 and 10000 bird species in the world. In Turkey, there are 487 species of birds. Another important reason that is been much of the bird species in Turkey, Turkey have two major bird migration that passing through Anatolia's.

But Birds, which are an important part of biodiversity, are threatened by many different factors both in local habitats and during migration. Due to these factors, some bird species' populations decrease while some species decrease globally. In this study, the factors that threaten birds on a global scale are compiled and recommendations are made about the measures that can be taken in line with the results obtained. Factors that threaten birds can be listed as follows.

a)       Hurricanes, storms and other strong winds

As a result of the researches, the factors that threaten the birds are listed as natural enemies, climate conditions, natural disasters and human. It is emphasized that the most dangerous of these factors is human and the reduction of human factors is the most effective way to protect birds. Nevertheless, some measures to be taken to protect birds against natural factors can be listed as follows.

1.       Control of populations against any epidemic diseases in domestic bird populations and application of disinfection where possible,

2.       Reducing the populations of overgrowing predators, provided that the natural balance is not disturbed,

3.       In case of climatic events (drought, snow, cold), which exceed the seasonal norms and reach a level that threatens the birds, the provision of supplementary nutrients, water and artificial shelter (bird's nest, birdhouse) to the habitats,

4.       Improving the habitats as soon as possible after taking into account the magnitude of the damage after natural disasters and providing the necessary needs for birds in the area (water, food, etc.).

THE FACTORS THAT THREATEN THE MIGRATORY BIRDS 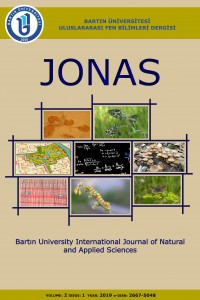