Methyldopa is one of the important drugs used in the treatment of high blood pressure (hypertension). In addition to various methods such as chromatographic and spectrophotometric methods, electrochemical methods are used for the determination of methyldopa. However, poly (p-aminobenzene sulfonic acid), pen-tip graphite electrode (PGE) study was not found in the literature search. Modified electrodes are important because they increase the sensitivity of the analysis. Furthermore, electrochemical methods have advantages such as being faster and cheaper than other instrumental analysis methods, being more sensitive, not requiring long pretreatments in the preparation of samples. In this study, the glassy carbon electrode (GCE) was modified with poly(p-aminobenzene sulfonic acid) to prepare poly (p-aminobenzene sulfonic acid) -modified glassy carbon electrodes. Cyclic voltammetry (CV) technique was used for the electropolymerization process. Methyldopa was selected in various concentrations of phosphate pH 7.40 buffer, anodic and cathodic voltamograms were taken and oxidation and reduction properties were investigated. Measurements were taken at different scanning rates by CV technique and the current type of methyldopa was determined. Peak flow-concentration graphs were drawn from the measurements taken by Differential Pulse Voltammetry (DPV) technique and the linearity range was 0.020- 2.500 µM for modified-GCE and 0.020-2.820 µM for PGE. The limit of detection (LOD) was calculated as 0.006 µM for modified-GCE, 0.012 µM for PGE. The limit of quantification (LOQ) was calculated as 0.020 µM for modified-GCE and 0.040 µM for PGE. 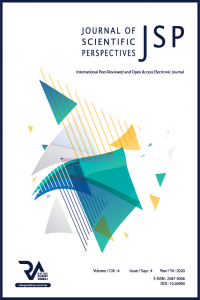