In this paper, the number and cost of fires which erupted in İstanbul at 1908 has been analysed according to the information given in the newspaper Le Moniteur Oriental which was published in French between 1884 and 1915. Aim of this paper is witnessing the events in the light of that periods; most important mass medium, while combining the geographical significance of İstanbul and historical significance of year 1908. 1908 is a significant year because constitutional monarchy was declared and İstanbul is a significant city for that period because of being a cosmopolite capital. To gather information, all year 1908 issues of the newspaper (299 issues in total) has been scanned to locate point of origins, detect causes and identify the costs of fires. To conclude, in 1908, 42 fire eruptions (39 micro and medium scale, 3 large scale) not only ruined the districts but also caused economic and demographic changes in many neighbourhoods of the Constitutional İstanbul. It’s been noticed that, large scale fires erupted especially in crowded and more cosmopolite districts. It’s also been noticed that, after the proclamation of constitution in July, there was an increase in arson attempts and press mentioned the possibility of involvement by people who oppose the current regime. 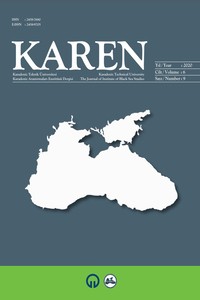