In the classical period, some books in the literature of Tafsir mentioned of sciences that

Tafsir gets help (istimdât). Yet, the dimension of relationship between Tafsir and the

sciences hasn’t been dealt with in detail. By taking into consideration the dimension of

relationship, Ibn Âşur discussed the issue again. It can be said that his views on the some

classical period is important. According to his view, sciences like Kalam and Fıqh isn’t covered

by istimdât of Tafsir. He suggests some reasons for this claim, but doesn’t elaborate

on the reasons. Whether he added the sciences to scope of istimdât or not, virtually is

associated with his view on the nature of Tafsir. But his views on this issue are open to debate

in some respects. His reviewing the matter of istimdât that dealed with in the Tafsir

istimdât is important for the study of Tafsir. Therefore we think that his ideas related to

its relationship with other sciences specifically. 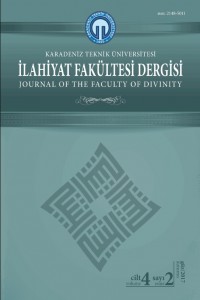