ADAPTATION OF THE APPEARANCE-RELATED SOCIAL MEDIA CONSCIOUSNESS SCALE INTO TURKISH: A VALIDITY AND RELIABILITY

Objective: The use of photo-based social media tools has become a basic part of life nowadays. Youths can use social media sites that emphasize physical appearance to broadcast their photos to an audience of their peers at any time and engage in behaviors aimed at maximizing their physical charming on social media. The Appearance-Related Social Media Consciousness Scale (ASMCS) was developed to measure the extent to which individuals' thoughts and behaviors reflect ongoing awareness of whether they will appear attractive to social media viewers. In this study, it was aimed to adapt the ASMCS in Turkish and measure its validity and reliability in university students. Materials and Method: 197 university students from two faculties and one college were included in the study. The sociodemographic questionary form, ASMCS and Body Appreciation Scale (BAS) were performed on all participants. The ASMCS has been translated from its original language, English, to Turkish, and its cultural adaptation has been made. The cross-cultural adaptation of the scale was carried out using translation, back translation, expert opinion and pre-test steps. The internal consistency analysis was conducted for reliability. The construct validity was examined by exploratory factor analysis while the criterion validity of ASMCS was examined by correlation analysis between BAS. Results: The average age of the university students participating in the study voluntarily is 20.82±1.63 years, 158 of them are females and 39 are males. The Cronbach alpha value of the scale was found to be 0.935, and the item total score correlation coefficients were between 0.469 and 0.761. In explanatory factor analysis, the scale was found to be a one-factor structure and explained 68.139% of the variance. A statistically significant negative correlation was found between ARSMCS and BAS (p<0.001; r=-0.465). Conclusion: It was concluded that the Turkish version of ASMCS, which has not been adapted in any language than its original language, is a valid and reliable measurement tool that can be used to measure the social media consciousness of university students. 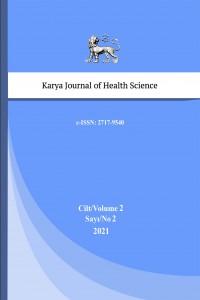