This study examines the role of The New York Times (NYT), one of the most influential newspapers in the United States of America (USA), in the process of the genocide ban that is accepted by the United Nations General Assembly and becomes an international norm. In this context, the selection of news between the years 1939 and 1949 is analyzed. The reason for selecting this period is that it encompasses the process –including Second World War- in which genocide crime was internationalized and accepted with a contract by the United Nations (UN). The news was selected to illustrate the role of NYT in the formation of public opinion regarding the internalization of the genocide ban norm. The data of this period are subjected to framing analysis. The reason for using the framing method is that it enables the classification of the content of the news over the media frames and the reading of the news over the tested frames. The data is categorized under four frameworks: human rights, law and order, war, and common security. According to the findings, the media is an efficient tool in the development of a norm, and it is determined with the analysis of NYT. In other words, according to the results of the news framing analysis, NYT stands out as a prominent mass media tool in the norm formation process with its functions of forming public opinion on the necessity, internationalization, and internalization of the genocide ban norm. 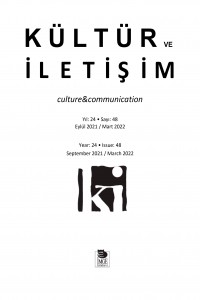