Sheik Muşerrefê Xinûkî was born in Xinuk, a village of Pervari in Siirt in 1926. He began his education by reading Qoran in his father’s madrasa when he was a kid. Then he became a pupil in many madrasas and got his licence. After that he returned to his village and started to teach educate pupils so that they can be good mullahs for Islam doctrine and his nation. Because of some political reasons he went to Başûr and stayed in Zaxo nearly for two years. Meanwhile he met Sheik Kemaledîn Erbîlî in Hewlêr and anttended his religious path. After a short time he became his calif. Finally he was died in 2008.
His life was full of educative affairs and many religious and literary works were after him. Not only kurdish, he knew some other languages very well such as turkish, arabic and persian. When looking into his works, it is very possible to be able to see that he was full of love for his nation and native language. As he was sensitive about his mother language, he produced many of his works in kurdish. His Dîwan is the most important of his works. He created his Dîwan in four languages- kurdish, arabic, persian and turkish.
Through this present we will intoduce his literary personality with his life and works in a detailed way, especially evaulate about his Dîwan. 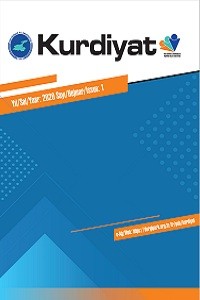