It has not been easy for Turkey, which has been described as democratic since the 1950s, to reach its current position in terms of democracy. It is known that certain political, social and economic developments have an impact on the development of democracy in Turkey. While examining Turkey's democracy problem, the coming to power of the Democrat Party, which entered Turkey's political life with the promise of democracy, emerges as a very important event. The fact that the party that came to power deviated from its line over time and remained no different from the one-party period it criticized is one of the developments that clarified Turkey's democracy problem. In this sense, the problem of "bossism", which always exists in political life and seems like an insurmountable problem, forms the basis of the work that is the subject of the study. In the study, the work, which includes the history of the Freedom Party, was evaluated, besides the contribution of the work to the literature, its deficiencies were also presented to the reader. While making the evaluation, attention was paid to be objective, and the comparison method was used by referring to different academic works. With the work that sheds light on the history of democracy in Turkey, it has been concluded that history repeats itself and that the developments that occur are repeated from time to time. The problem of "bossism" is still mentioned as a fact that we constantly encounter when evaluating political parties from the past to the present. 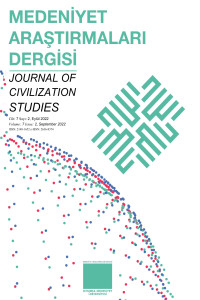