Investigation of Concrete Cultural Heritage for Cultural Tourism in Historical Settlements: The Case of Konya/Sille

The concept of "Historical City" has a great place within the scope of cultural tourism. Historical City; an important part of the settlement texture, which has hosted many past civilizations with its civil architectural structures, is the residential areas, which are historical places. These cities are also important tourism regions with a cultural feature with their many monumental historical and architectural structures. In Turkey, many pieces of land, hosted by Anatolia geography, could be subject to historical tourism. According to the International Cultural Tourism Charter, before planning which is foreseen for historical settlements and based on tourism, a basic approach based on the research of the settlement and building groups should be developed. In this context, to reveal the tourism potential of Sille, which is a historical settlement in Konya province, before the predicted changes due to tourism, concrete cultural assets within the urban site were determined. 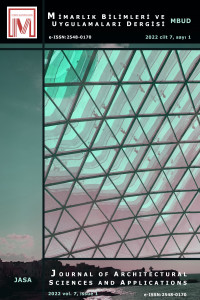