The Effects of Chaos Theory on The Measurement and Metrology

In all sciences, especially in Physics, a reform has occurred with the transition to the micro world order. Classical Physics Theory put forward by Newton has been worn with Einstein's and other scientists' Quantum Physics research. Both Theory of Quantum Physics and Theory of Classical Physics have led to the destruction of linearity thought. The sine qua non of the Measuring System, Metrology, has also got its share from the Chaos Theory, which causes so much change. In this study, how measurement, which attaches importance to the linearity, and, in the scope of distance measurement, Metrology has been affected by the Chaos Theory at the end of study even the Chaos Teory shows us to how can we discover disasters is examined. 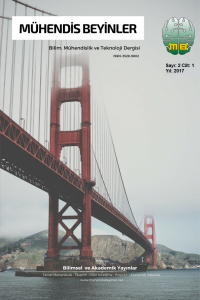