THE GENDER WAGE GAP IN TURKEY

The most prominent form of gender discrimination in the labor market is the gender gap in wages.

Using the Wage Structure Survey, a firm-level data set, we study the gender wage gap in Turkey. We

concentrate on formal employment as this is the jurisdiction of the Labor Code in Turkey. Although

women earn 3% less than men on average, a wider look reveals important differences along the entire

surprisingly, women seem to earn about 5 percent more than men at the top. Using quantile regressions

which allow the study of the gender gap along the entire wage distribution, we find that women actually

earn 8 percent less at the median. Moreover, at the high end of the wage distribution women earn 4.5

education and labor market experience. The decomposition results reveal the unexplained part of the

gender wage gap is actually larger than that observed in raw data.

IS TRADE AGAINST OR IN FAVOR OF WOMEN? EMPIRICAL EVIDENCE FROM MANUFACTURING SECTOR IN TURKEY

Women’s empowerment in the period of the rapid expansion of higher education in Turkey: developments and paradoxes of gender equality in the labour market 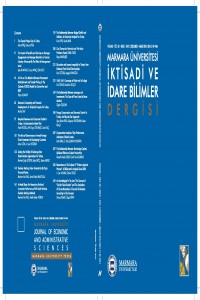