Prophets are the elite and distinguished servants of Allah who complete each other like chain rings. They are also examples for other prophets and tribes, primarily for the tribes they were sent. The Qur’an mentions some of the prophets frequently and rarely mentions the others. Some of the prophets are mentioned frequently, because they were given books and also Allah spoke to them, another reason may be the struggle they had with the people they have been sent to, and the difficulties they had to bear. Prophet David is one of the prophets that Allah mentioned in the Qur'an and said he was given "superiority". Prophet Muhammad (pbuh) reported that David (pbuh) worked using his handforce and he did not avoid the battle, continued his worship all of his lifetime and set a very good example for his followers. In this article, Prophet David's prophetic and reigning features, which were given to him as miracles and which do not constitute examples, are not mentioned because these features do not have the characteristics that can be obtained by the efforts of a servant. In this study we will not focus on Prophet David’s biography, only his features that are mentioned in the Qur'an and Hadith as good examples will be emphasized. 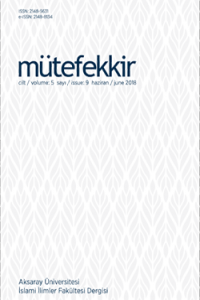