Recently, many valuable studies have been made on Kurdish Language, Literature and Folklore. As a result of these studies, many materials of Kurdish folk literature were saved from extinction. Numerous events took place in the regions where the Kurds lived. These events have reached today thanks to the songs of the singers. One of the events in question is the incident of Mr. Musa from Muş and Armenian Girl Gülizar. Mr. Musa replaces him with the death of his father. At that time, there was an Armenian-born girl named Gulizar in Bulanik district of Muş. Mr. Musa wants to marry, but when his request is rejected, he kidnaps the girl. The event reverberates in Europe and has a wide coverage in the press. In the region, it becomes the subject of singers' songs. In this article, the event will be investigated according to written and oral sources, and how the event is mentioned in the songs of singers who are among the important elements of Kurdish Folk Literature will be examined. 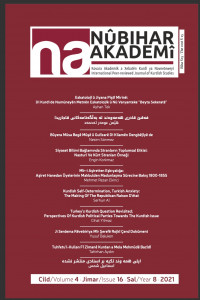