Prof. Karlsen was born on September 2, 1941 in Norway. He has led a successful career throughout in life as a pharmacist after his graduation from the University of Oslo in 1964. He did his PhD in Pharmacy /Analytical Chemistry on the subject gas chromatography of lower terpenes (A Study of the Lower Terpenes in Plants by Means of Gas Liquid Chromatography) at Rijksuniversiteit te Leiden, the Netherlands in 1970. Then, he worked as Assistant Professor first in the Department of Pharmacognosy at Rijkuniversiteit te Leiden between 1968 and 1973, and at the Department of Pharmaceutics in the University of Oslo between 1973 and 1988. He was promoted to professorship and worked as a professor at the Department of Pharmaceutics of the University of Oslo (1988-2012). He served as Dean of  the Faculty of Pharmacy in University of Oslo between the periods 1979-1983, 1986-1989 and 2002-2004. He also served as Head of the Department of Pharmaceutics between 1986-1990. Before his demise on March 21, 2019, he worked as Professor emeritus at the Faculty of Pharmacy of the University of Oslo (2012-2019). Prof. Karlsen served as Norwegian delegate in the European Pharmacopoeia Commission in Strasbourg between 1980 and 2010. Between 1979 and 2006, he worked as Senior Technical Advisor to WHO, UNIDO and UNESCO on Drug Development, Natural Products, Drug Quality Control. He also served as Senior Technical Advisor to NORAD on Drug Quality Control between 1986 and 1990. He worked in countries like China, Indonesia, Sri Lanka, India, Nepal, Turkey, Syria, Malaysia and Thailand in technical and scientific missions for the United Nations. Between 1975 and 2016, he served as Technical Consultant to Pharmaceutical, Cosmetic and Food Industries. He issued patents between 1990 and 2016 on drug formulation. He was an author and co-author of more than 300 scientific papers/publications. 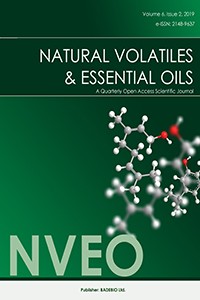