“THE MYSTERY OF CHRIST”: THE BIBLICAL BASIS FOR THE IDEA OF THE SACRAMENTS (ST. PAUL)

The subject of the article is St. Paul’s idea of “mystery of Christ”. Paul and his idea of the “mystery of Christ” are discussed as the biblical basis of the Christian idea of sacraments. Although the basic ideas of Christianity are partially based on the Old Testament, mostly on Jesus and the Gospels, it was Paul who first formulated most of them in their current form. Paul was the first to use the expression “mystery of Christ”. This idea is redefinition of the Messianic doctrine over the concept of mystery. Paul used the word “Christ” and “mystery” and the new concept he created with them in a sense loaded with mysticism and symbolism. The clearest expression and manifestation of Christ or “mystery of Christ” in relation to the sacraments in the Bible is the Eucharist (The Last Supper). Paul also expressed this as “being one in Christ”. God’s secret plan is Christ. By revealing the “mystery of Christ” to Paul and others, God's wisdom (Christ) was bestowed upon them. This wisdom is the revelation of the "Christ mystery" and is realized by Baptism in believers. But the Eucharist is the foundation and culmination of oneness in Christ. The Fathers of the Church multiplied the one "Christ mystery" by calling the beliefs about Christ the sacraments. Then, in parallel with the transformation from Greek mysterion to Latin sacramentum, Tertullian was the first to call practices sacrament. He attributed to the "Christ sacrament" the meaning of “the mystery with the sign”. The Eucharist was the first to complete the sacramental process. Subsequently, Baptism and Confirmation, Repentance, Marriage, Holy Orders, and Anointing of the Sick completed their sacramental meaning, respectively. Thus, the idea of sacraments, which was first expressed in Augustine, completed its sacramental process in parallel with the present form of Christianity. In conclusion, Paul’s idea of the mystery of Christ is the biblical basis and starting point of the idea of the sacraments. 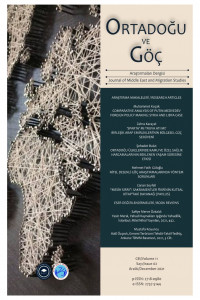