Today, use of different teaching models, materials, and tools in education and teaching process have increased. The main reason for such increase is the search to make education more quality, easier, more entertaining, and more permanent. In this sense, animation films are technological products that contribute learners in visual and audial terms. In this study, what effect does animation film use has on earthquake knowledge level of 4th grade students was analysed. The pattern of this study was selected as pre-test/post-test control group trial model among experimental research models. Participants of this study were selected among 4th grade students in Fatih Elementary School in Bünyan District, Kayseri in 2017-2018 academic year. Total of 62 students was included in the study where 31 students were included in experiment group and 31 students were included in control group. The duration of this study was four weeks. Pre-test was applied on first week, post-test was applied on last week, and application was conducted on remaining two weeks. Traditional methods were applied on the control group and animation films selected by researchers based on content and subject of class were applied on experiment group.  In this study, “Academic Success Test” developed by researchers was adopted to test the effects of animation film use on earthquake knowledge level of 4th grade students. As a result, it was determined that experiment group was more successful than control group in terms of academic success, and animation film use in earthquake knowledge level of 4th grade students had positive effects. 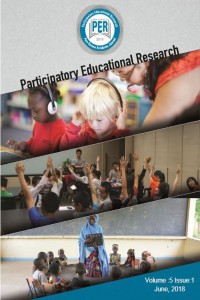