The aim of the study is to determine the beliefs of those who learn Turkish as a foreign language about learning grammar and to determine whether their beliefs are in line with their perceptions of grammar. In this study, which was created using the mixed method, the data about the beliefs of the learners in accordance with the survey method was collected, which is one of the basic quantitative research methods. In addition, the data for the determination of learners’ perceptions were collected in accordance with one of the qualitative research methods—the phenomenology method. The study group of this research consists of B1, B2, and C1 level students who learn Turkish at Aydın TÖMER (Turkish Teaching Application and Research Center), İstanbul Aydın University. Based on the findings obtained in the research, 45% of the learners believe that they can learn Turkish without knowing the grammar while 37% believe that they cannot. When the beliefs about grammar-learning method are examined, it is seen that 27% of the learners have the belief that it is important to learn grammar directly, and 63% believe that it is more important to understand the rules based on examples. In the context of all of this data, it was concluded that there is a parallelism between the grammar-learning beliefs of those who learn Turkish as a foreign language and their grammar perceptions. In other words, those who think that they cannot learn Turkish without knowing grammar also perceive grammar as difficult, a necessity, and produce metaphors for it. In addition, it was understood that those who believe that they can learn Turkish without knowing grammar perceive grammar as a tool and produce metaphors and provide reasons. 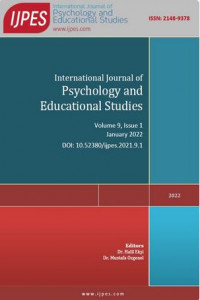