This study aims to develop a valid and reliable measurement instrument to measure the quality of Mindset Theories of students aged 14- 22. A systematic approach was followed to develop the measurement tool. 1145 students participated in the study (48% were female and 52% were male). Exploratory and confirmatory factor analysis were applied to determine the scale's construct validity. As a result of exploratory factor analysis, the scale was determined to consist of 19 items and four sub-dimensions. In line with the literature, these dimensions are called Procrastination, Immutability of Belief, Belief in Improvement and Effort. The four-factor structure of the scale was confirmed by confirmatory factor analysis. In addition, it was found that the differences between the averages of the upper and lower groups that make up 27% of the scale items are significant. When the results of the reliability analyses were examined from the perspective of the factors of the mindset theory scale, the values of 0.724 for the Procrastination sub-dimension and 0.805 for the Immutability of Belief sub-dimension of the Fixed Mindset dimension were found. It was found 0.701 for the sub dimension of Effort and 0.771 for the sub dimension of Belief of Mindset Theory Scale’s Growth Mindset dimension. The internal consistency coefficient was found 0.723 for the Fixed Mindset dimension and 0.714 for the Growth Mindset dimension of the Mindset Theory Scale. These results shows that the Mindset Theory Scale measures students' mindset theories in a valid and reliable way. 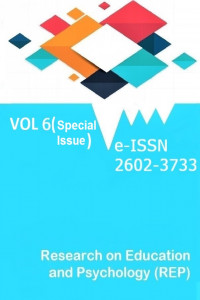