In the most general sense, the article deals with the effect of the concept of globalization on the reality of identity in the political, economic and cultural fields. Especially as of the second half of the 20th century, the disappearance of borders in economic activities has formed the main point of the concept of globalization. This, in turn, affected the political and cultural sphere. Both politically supranational organizations began to come to the fore and there was an effort to create universal cultural values or a single universal culture. While this situation brought up the issue of sovereignty rights of nation-states on the one hand, it also brought up the issue of exposure of nations and smaller groups to cultural imperialism. Considering that postmodernity brings the concepts of diversity and difference into the foreground, the transformation of globalization into shaping and homogenizing particular cultures can be described as cultural imperialism. Moreover, not only cultural but also other types of collective identities are affected by the sanctification of the global and the humiliation or ignorance of the local. The main focus of this article is the issue of how the reality of globalization affects the acquisition of identity, especially national and cultural identities, and the individual’s sense of belonging to a local community. In addition, the political projection of this will be studied. The hermeneutic approach will be adopted as a general scientific perspective, and literature review and comparative analysis will be used as a method. 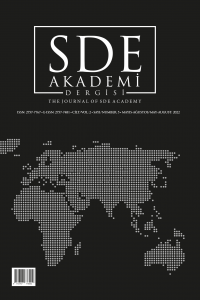