Gender equality is a global norm, and the existing norm mechanisms attribute to trade unions globally a stakeholder position in norm diffusion and promotion. This is well-articulated in the official documents and the institutions within the United Nations (UN) equality regime that collaborates with both the local and the international unions accordingly. Complementarily, local trade unions collaborate with the UN bodies and international trade unions in the diffusion of gender equality to their localities. Nevertheless, this multi-layered process is disrupted by local contestations, with bold consequences for the proper functioning of the equality norms. This paper is a scrutiny on the practice of the contestation on and the interruption of the functioning of the gender equality norm, with a particular focus on trade unions in Turkey. In the country, despite that trade unions have been well-integrated into the global gender regime and mechanisms; therefore, despite the existence of an uninterrupted norm flow regarding gender equality to the labour space, the trade unions offer competing interpretations, driven by their differing and even conflicting politico-cultural positioning. Within the paper, this process of interruption and its consequences for the broader functioning of the norm within the country have been thoroughly elaborated. Regarding the source of data in the research, we conducted semi-structured interviews with the union representatives, and we also extensively used the unions’ own publications and documentations. 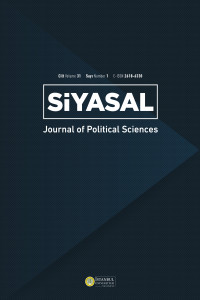