Especially, the US and the EU have been using global companies and NGOs extensively to achieve their national goals for a long time, and through these institutions, we have seen them all over the world. While NGOs undertook the task of transporting Western values to other countries, companies became new colonial representatives of Western countries. In recent years, the U.S.-China trade wars, the U.S. attempts to drag American companies engaged in global activities, as well as the means of political repression, into this war is a concrete example of the importance of companies.

In recent years, China has started to use the Confucius Institutes more effectively and as a result of its strengthened economy, it has taken part in the global competition, trying to eliminate its deficiencies by establishing partnerships or acquisitions with foreign companies when necessary. Because economic achievements that cannot be carried to the political field will not make a significant contribution to the global race. For this reason, China is trying to increase its soft power with institutions in order to make its economic success more valuable. China, which faced the United States economically through the 2000s, is likely to increase its initiatives in the field of politics, turning the current competition, which it has been running softly for now, into a more radical shape. 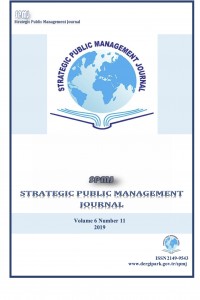