The aim of this study is to identify changes in students' problem-solving abilities and academic achievements about the groundmass's mystery unit, using STEM-based activities integrated with science content. A semi-experimental design was used in the study and a total of 58 fifth grade students participated. During the process, the students in both groups continued their education according to the science curriculum, but the students in the intervention group also participated in STEM-based activities. The intervention lasted six weeks in total. The data were collected by the Problem-Solving Inventory and the Mystery of the of Earth Crust Test, and the data collection tools were applied as pre-test and post-test. SPSS 22.0 program was used in analyzing the data. A statistically significant difference was found between the intervention group and the comparison group about students problem-solving skills (t (56)= -3,36, p=,002). There was also a significant difference between the intervention the comparison group's academic achievement of mystery of the earth's crust unit (t (56)= 3,02, p=,004). As a result of the study, STEM-based activities have been shown to positively influence students' academic achievement and problem-solving skills. 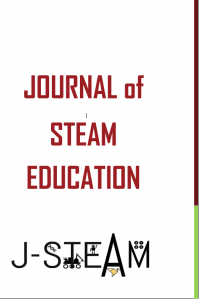