Armenians in Bulgaria are in an intensive effort to provide the recognition of the Events of 1915 as genocide by the Bulgarian Parliament. In this context, there has been observed a common purpose between diaspora Armenians and Bulgarian nationalists, who have been strengthening politically after 2005 in order to perform this recognition. Thus, there have been formed a natural alliance against Turks, who are defined as common “other” by each group. In this study, it will be defended that there has been cooperation on the topic of recognition of the Events of 1915 as genocide between well-organized Armenian minority in Bulgaria and Bulgarian nationalists with different reasons in the period of 2005 and 2014 years 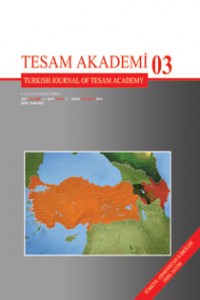