Turkey and Greece, following the end of World War I, decided to solve some political problems through population exchange. Toward this end, they signed the “Convention Concerning the Exchange of Greek and Turkish Populations” in January 1923 that would become the 6th Convention of the Lausanne Treaty. However, dif�iculties faced in the interpretation of the Convention as well as in its implementation, strained Turkish-Greek relations. Toward �inding a solution to the problem the Council of the League of Nations resorted to the Permanent Court of International Justice twice in the 1920s for an advisory opinion. Although the advisory opinion delivered in 1926 by the Court was relatively favorable to Turkey than that of 1925, what is important for our purposes is that Turkey and Greece found peaceful solutions to the problems before them through using the channels of international law. For this reason, international law and the courts may provide an alternative method to Turkey and Greece toward solving their current problems 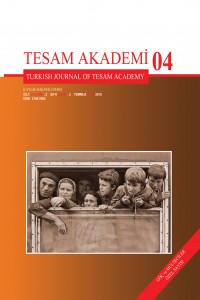