Autonomy support, basic psychological need satisfaction and subjective well-being: selfdetermination theory. The model of self-determination, which is based on self determination theory, related to satisfaction with the basic psychological needs has been tested and to what extent it works in Turkey has been studied in the present research. This working group has comprised of 414 students, including 216 females and 198 males from Gazi University, Faculty of Education. For the analysis of data SPSS 11.0 and LISREL 8.30 programmes have been used. Following the analysis, direct and indirect influences of the independent variables (needs satisfaction and support for autonomy) and of needs satisfaction as well as support for autonomy on the dependent variable that is subjective well-being, have been put forward. In this research the model of self-determination, which has been tested, complies with the data gathered in Turkey. In other words, it has been observed that support for autonomy that individuals get from their family and friends has a direct and positive influence on their basic psychological needs, which, in turn, has a positive influence on subjective well-being. 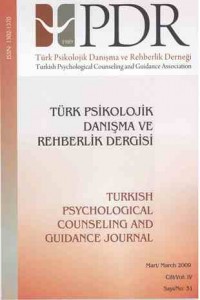