The aim of this study was to investigate the physica lactivity level (PAL) of academics. Totaly 229 academis between 25-60 ages who were work in 10 different faculties in Çanakkale Onsekiz Mart University participated in tostudy voluntary. International physical activity questionary (IPAQ) short form used tocollect data. SSPS 17,0 used to analysis. Kruskal-Wallis used to compare groups and Mann Whitney–U used to compare genders. Findings accepted significant at  p< 0.05 level. Analyse showed that: academics average PAL was1541.1±2160.9 MET-dk/hf, 34.1% of were low active, 52.8% of moderate active, and  13.1% of were high active according to IPAQ classification. Faculty of tourism had highest PAL  (3009.7±157.8 MET-dk/hf) and, PAL of faculty of agriculture was tatistically higher than Faculty of Engineering and Architecture, Faculty of MedicineandFaculty of Fisheries.AccordingtoacademiclevelLecturer had highest PAL(2545.1±3602.9 MET-dk/hf), and assistant professor had lowest FAL (1275.4±1329.1 MET-dk/hf) . Also analyse proved that; , associate Professor, assist professors and research assistants, had statistically lower PAL than lecturer and professor (p<0.05). As a result PAL of academics were differ from eachother. It can be say that, to decreasing the differences, the number of recreational areas should be well planning and academicss hould be encourage to do exercise. 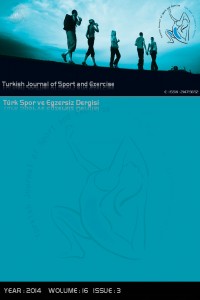