Village Institutes were educational complexes that were designed for 21 villages between 1940 and 1948, as the pioneer of modernization in village development during the Early Republican Period of Turkey. These projects were implemented through architectural competitions and constructed as a campus comprising many buildings instead of a single mass, presenting necessity of the educational understanding in which the integration of theoretical and practical education was the main intention. Hasanoğlan Village Institute (HVI), established in 1941 in Ankara, differs from others, as it was established as a center for training the trainers who may work in village institutes rather than in village schools. Thus, it has a wider architectural program than the other institutes. Additionally, from the first building to the last, the complex was constructed by the students and trainers of 14 institutes that had been previously established. Thus, many people have memories about both the construction process of HVI, in addition to educational life. Despite recent architectural studies about HVI, this specific feature of HVI, focusing on its construction process, has not been narrated in detail. To fill the gap in the literature, this study aimed to depict the story of HVI through the memories of former students and trainers about the planning and construction phases of its workshops, schools, dining hall, and music complex, and also on-site observations in 2020. Hence, this narrative inquiry began with the background of village institute projects and the significance of Hasanoğlan within the context of village institutes while illustrating the planning phases of the HVI. The construction activities within the institute grounds were then analyzed through memories, creating memory map, and on-site observations, considering the local building techniques. In the conclusion, the construction technology, and principles of the modern construction process of the period for institute complexes was evaluated through the example of the HVI. 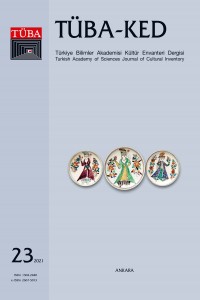