Edirne made a great cultural breakthrough in 1361 after it became the capital city of the Ottoman Empire. Structuring of the city in this period set up the base of transition to the Ottoman emperorship stage. With the other constructions of the city, Complex of Sultan Bayezid II is one of the important symbols of this transformation. It is also one of the significant examples of complex and foundation system in formation of Ottoman social and cultural core. The construction of the complex in Edirne, the capital city of the border, the son of Bursa and father of İstanbul, sultan of the cities and city of the sultans took place as follows by the narration of Hoca Saadettin Efendi in Tacüttevarih (Vol:III): “Sultan Bayezid II left İstanbul and arrived in Edirne on March 1, 1484 for the second expedition. The Sultan honouring Edir- ne showed kindness and made donations to the public. The sultan, the ruler of right and justice, aimed to build a hospital in the city upon the demand of elite and public. Therefore, he ordered to prepare construction materials. Deep ditches were dug by the Tunca River and the materials of the construction were stored here. When all the preparations completed, the Great Sultan laid the foundations of these charity institutions with his lucky hands on May 25th, 1484 and pleased the poor by sacrificing animals. The complex, completed in a short period of four years, consisted of three main gardens and several units around. These were a group of buildings including a medical school, hospital, soup kitchen, mosque, guesthouse, bath, mill, bridge, observatory, janissary band school and primary school. 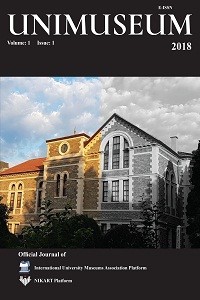