Is the Parliamentary System the Cause of Political Instability? Period of 1960-1971

In this article, the reason of the political crises in the period that ended with the Military Memorandum on March 12, 1971 from the Military Coup that accomplished on May 27, 1960 is investigated and it is tried to show that these crises do not have any relation with the functioning of the parliamentary system. In order to achieve this aim, instead of examining the period with a holistic approach, an analysis is carried out considering the sub-periods. In this way, the specificity of each sub-period is revealed and it is shown that the political crises experienced in each sub-period are caused by different reasons. The rationale for the 2017 constitutional amendment is the equality of the political crisis=parliamentary system. Thus it will be possible to prove that this rationale is not valid for the period of 1960-1971. 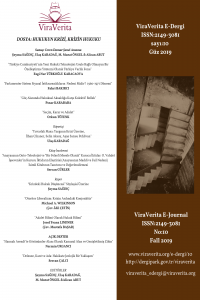