U.S. and Israel’s military, intelligence, and diplomatic cooperation have become more extensive and deeper during Donald Trump’s presidency, the president has surrounded himself with Evangelicals including Secretary of State Pompeo and Vice President Pence. Beyond their presence in central leadership within the Trump administration, Evangelicals have exerted considerable influence through lobbying efforts. The primary tenet of evangelical foreign policy is that the U.S. should provide unconditional support to Israel. This understanding stems from dispensationalism, a theo-political narrative based on the End Times prophecies. This study aimed to examine the influence of evangelicals on the Trump administration's foreign policy decisions within the scope of dispensationalist theo-political context and through the activities of evangelical groups. In the first section, it looked into the historical background of dispensationalism on which evangelical foreign policy built. In the second part, it examined the U.S.’s historical policy toward the status of Jerusalem and the role of evangelicals in Trump’s decision to move the US embassy to Jerusalem. In the third part, it focused on the evangelical influence in the Israel-United Arab Emirates treaty and developing Arab-Israeli relations by referring to the role of dispensationalist narrative in the formation of the perception of the enemy against Iran. 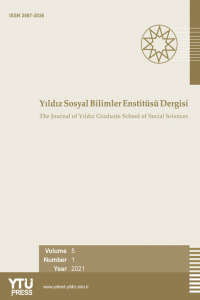