Adaptation of the Perception of Organizational Politics Scale to Turkish Version for School Organizations: Validity and Reliability Study

The aim of this study is to adapt the Perception of Organizational Politics Scale developed by Ferris and Kacmar (1992) to Turkish for school organizations. The study was conducted with three different study groups consisting of secondary school teachers. The first working group consists of 30 teachers who have had pilot practice, the second study group consisted of 316 teachers for exploratory factor analysis and the third study group consisted of 856 teachers who provided data for confirmatory factor analysis. After the translation study and linguistic validity studies, and pilot practise the scale got ready to apply. As a result of the exploratory factor analysis made, a structure which explains about 64% of the variance with sufficient load value under two factors was obtained. At the end of the first level factor analysis conducted to confirm the two factor constructs, the values of the compliance goodness (χ² / Sd = 211,637 / 101 = 2,095; TLI = .96; CFI = .97; GFI = .90; RMSEA = .059; SRMR = .038) and the scale structure has been confirmed. The second level factor analysis of the goodness of fit values (229.741 / 101 = 2.275; TL = .96, CFI = .97; GFI = .94; RMSEA = .069; SRM = .028) that was observed therefore structure was confirmed. In the criterion related validity, it was seen that the t values of 27% lower and upper groups were meaningful for all items, and item total test correlations changed between .67 and .81. For the reliability of the scale, the Cronbach Alpha Coefficient was calculated as .93 for the organizational oriented politics perception dimension, .89 for the individual oriented politics perception dimension and .94 for the generalized scale. According to these results, it can be expressed that the Turkish form of Perception of Organizational Politics Scale is valid and reliable. 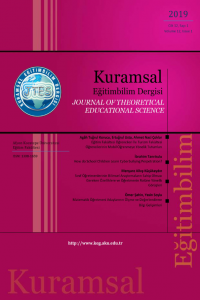