Although weaving has given way to an advanced technology today, traditional weaving examples can still be seen in Anatolia, which has a long history of weaving. Among these weavings, the Siirt blanket is one of the examples that have been kept alive by sticking to the traditional weaving method. The weaving which is named as Siirt blanket with the region where it is produced and its area of use is known to have been produced in and around Siirt since ancient times. Considering that Anatolian mohair is used in the production of blankets and it is an object of use produced with traditional methods, it can be said that it is one of the significant examples of cultural inheritance in Anatolia. It became a necessity to demonstrate through experimental studies that the characteristics of the raw material, the uniqueness of the weaving technique and patterning, and the weaving are suitable for the innovative and creative assessments and artistic interpretations of today's textile designers. For this reason, in this study, first of all, the original structure of Siirt Blanket weaving has been examined and the limits of its use as an aesthetic element and its textural values in today's artistic textiles are dwelled on. Within this context, with the samples of weaving conducted in the experimental workshop, individual new artistic trials were introduced in order to attract attention to the contribution of this traditional technique to textile culture, textile design, and the art of textile. 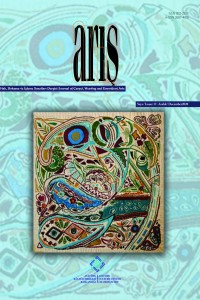