The Importance of Anatolian People in the Ottoman-Egyptian Struggle

The rise of Mehmed Ali Pasha of Kavala is one of the most important events that took place in the first half of the 19th century for the Ottoman Empire. His rebellion was also such a critical event for the Grand Powers that dominated international politics for at least ten years. Countless studies have been written regarding Mehmed Ali Pasha so far. While some of them discuss what he did for transforming Egypt into a strong and semi-independent state, others draw attention to the international dimension of the Egyptian crisis. But what is not explained is why his son, Ibrahim Pasha, invaded Anatolia quickly, how he dared to go to Kütahya, thousands of kilometres away from Egypt, why his resistance did not break after the Ottomans received military support from the Russians. The extent to which the inhabitants of Anatolia comprehend the conflict between Sultan Mahmud and Mehmed Ali has not been emphasised. It is also not adequately explained how the opponents of reforms and the remainder of the janissaries influenced the wars. This study tries to answer those questions by disclosing the condition of the Anatolian people and suggests how their attitudes played a decisive role in that crisis. 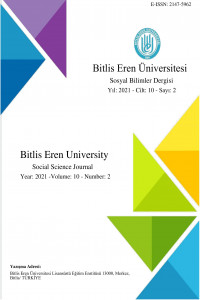