Examining The Imaging Levels of Athletes

In this research, it is aimed to examine the imagination levels of sportsmen according to some parameters. 156 female and 177 male athletes between the ages of 14-19 in Gaziantep province voluntarily participated in the study. The Sports Imagination Inventory (Hall et al., 1998; Kızıldağ and Tiryaki 2012) was used as data collection tools. SPSS 25.0 package program was used in the analysis of the data. Frequency and percentage for findings on athletes' demographic characteristics; Analysis of Variance (one-way ANOVA, t test) was used to compare the mean scores in unrelated measurements, the Tukey test to determine the significant difference, and the Pearson Correlation Product analysis to examine the relationship between sub-dimensions. In addition, the level of significance was taken as α = .05. As a result of the research; There was no significant difference between the sex and social activity participation variable of the sportsmen and their SIE levels (p> 0.05). Significant differences were observed in the variables of age, years of doing sports, sport type and status of being a national athlete, and the SIE and its sub-dimensions of the athletes (p <0.05). In addition, positive correlations were observed in SIE and its sub-dimensions (p <0.05). 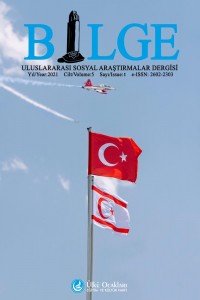