Relational screening model was used in this study, which aimed to examine peer relationships and exposure to peer violence in preschool children with respect to several variables, and to determine the levels of correlation between peer relationships and peer violence. General Information Form, Ladd and Profilet Child Behavior Scale, and Exposure to Peer Violence Scale were used as data collection tools in the study, which was conducted with a total of 243 children aging 5-6 years, including 127 girls and 116 boys. In the data analysis as conducted via The SPSS 15 statistical software, Mann Whitney U Test, Bonferroni correction Kruskal Wallis H Test, and Spearman Rank Correlation Coefficient Test were used. As a result of the research, it was found that the sex, age, and way of education of children accounted for a statistically significant difference (p<0.05). Upon the correlation analysis, it was found that there was a statistically significant weak positive relation between the scores of exposure to peer violence and that of aggressiveness against their peers, showing asocial behaviors toward peers, being fearful-anxious toward peers, exclusion by peers, and hyperactivity (p<0.05) and a statistically significant weak negative relation between the scores of exposure to peer violence and that of helpful social behavior toward peers (p<0.05). 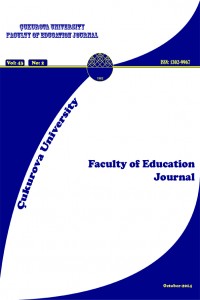