In this study, magnetite nano-particles (Fe3O4, MNPs) were synthesized by chemical co-precipitation method and characterized by FTIR, TEM and VSM methods at first. After that, some adsorption experiments were performed for removal of hexavalent chromium [Cr(VI)] ions from aqueous media by MNPs. Finally, thermodynamic and kinetic properties of Cr(VI) adsorption on MNPs were investigated. Mean particle size and magnetization saturation (Ms) of synthesized MNPs were about 15 nm and be 75 emug-1, respectively. Under optimum adsorption conditions, capacity and removal percentage of Cr(VI) adsorption were found to be 33.45 mg/g and 88%, respectively. According to calculated thermodynamic parameters after adsorption experiments, Cr(VI) adsorption process was a result of endothermic reactions. Langmuir and Freundlich isotherm models were investigated and it was observed that the removal of Cr(VI) could be better described by the Langmuir model. Kinetic investigations showed that the pseudo-second-order model have a better description of the Cr(VI) adsorption. 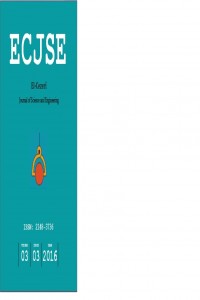