Hacettepe Journal of Biology and Chemistry

Breeding seasons are one of the most important periods for the life cycle of large mammals. The young individuals of large carnivore mammals are normally dependent on the female for food and protection. Therefore, availability of the sources and human disturbance at the breeding site are critical for a successful breeding season. The breeding site is of vital importance to the survival of the newborns and thus to the trends in the population size. The present study assesses the breeding sites for the Eurasian lynx (Lynx lynx) based on camera-trapping surveys at Mount Ilgaz Wildlife Reserve in the province of Kastamonu. The surveys were conducted continuously over a four year period (2014-2018) and the results indicate that the Eurasian lynx breeding sites have also been used by the juvenile individuals of two other top predator large mammals, brown bear (Ursus arctos) and grey wolf (Canis lupus) and the juveniles of their prey species, red deer (Cervus elaphus) and brown hare (Lepus europaeus). Consequently, an effective conservation plan managing the breeding sites as core areas, will significantly contribute to the protection of the Eurasian lynx and other wildlife populations in the Western Black Sea Region of Anatolia. 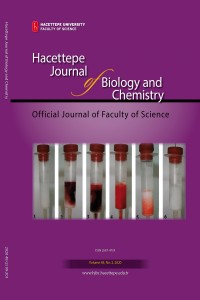