The aim of this study is to adapt the Positive Childhood Experiences Scale into Turkish and to test its validity and reliability. The study was conducted on 450 adults, 252 women and 198 men, whose ages range from 18 to 56 (M= 31.61, SD= 4.79). In this context, initially, the linguistic equivalence of the scale was examined. In the light of the views taken from experts, it was evaluated that the scale had linguistic equivalence. Then, opinions on the content validity of the scale were obtained from the field experts. A great majority of the field experts who participated in the evaluation expressed the opinion that the content validity of the scale was sufficient. Construct validity of the scale was carried out with exploratory and confirmatory factor analyses. In the exploratory factor analysis of the scale, it was revealed that the scale had one factor, the Cronbach's alpha coefficient was .78, and it explained 45,22% of the total variance. The results obtained from CFA showed that most of the goodness of fit values of the scale had good fit values and it was confirmed as a single factor as in the original scale. In conclusion, the findings show that the Turkish form of the Positive Childhood Experiences Scale is a single dimension dimensional and valid and reliable measurement tool. Due to the limited number of scales related to positive childhood experiences in the literature, it is considered that this scale, which has been adapted into Turkish, will contribute to the field and fill an important gap. It is thought that it would be appropriate to conduct studies (depression, stress, psychological well-being, meaningful life, etc.) in different age groups in adulthood on the effect of positive childhood experiences. The results of the research were discussed within the framework of the relevant literature. 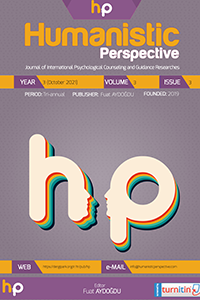