Urban Warfare and Intelligence: An Assessment in the Context of the Iraq War

Spatial transformation is one of the most important topics in today's understanding of war. The wars, which are the ancient struggle of humanity, are spreading to different areas from the traditional battlefield, and the urban area has become increasingly popular stage of war. Undoubtedly, it is possible to draw a deep-rooted historical background for urban conflicts; but the process of increasing interstate wars, civil wars and counter-terrorism inside the residential area is more experienced today. In the urban area where special conflict strategies and techniques are required, intelligence activities are handled in a framework beyond their traditional identity. The physical and human characteristics of the residential area and the situation of the other party constitute the target of the intelligence in this field. The Iraq War, which started in 2003, represents one of the most striking examples of new urban conflicts. During the war, the conflicts continued for a long time in residential areas, and the coalition forces had serious problems. Intelligence activities have also created the struggle within the struggle to remove the uncertainty in this field. In this study, primarily urban conflict and the role of intelligence activities in this field will be discussed. Then, the issue will be evaluated through Iraq War example. The study aims to draw a general framework on urban conflicts that have not been adequately studied in the Turkish literature and to reveal the need for intelligence in these conflicts. 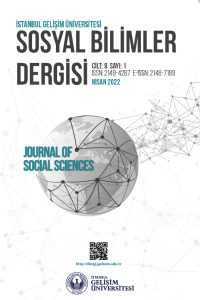