Is the Effect of Educational Expenditures on Economic Growth?

Following the spread of globalization, developments in science and technology have caused the determinants of economic growth to change. Endogenous growth models have emerged due to the inadequacy of traditional growth theories in explaining today's growth models. In the Lucas Model, which is one of the endogenous growth models, human capital is accepted as an economic growth determinant. Human capital arises as a result of the effective implementation of education, health and technology policies implemented in the country. With this aspect, it is possible to say that expenditures for education increase growth. The aim of this study is to analyze the relationship between education expenditures and economic growth in selected OECD countries for the period 1994-2018. According to the results, it is concluded that education expenditures have a positive effect on economic growth. 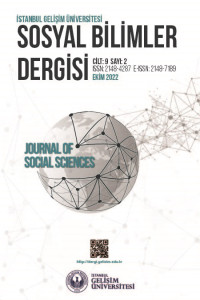