An in vivo study on Drosophila melanogaster, Artemia salina, and Daphnia magna: Is activated carbon used as a food additive reliable?

Activated carbon, one of the most important adsorbents used in the industry, is a general definition used to describe carbon adsorbents, which have a large crystal and amorphous structure and wide internal pores. Activated carbon, which has started to be used in many fields in recent years, is observed to be preferred as an important additive in the food industry. This study aimed to investigate the reliability of the use of activated carbon as a food additive in different model organisms, such as Drosophila melanogaster, Artemia salina, and Daphnia magna. To this end, the organisms were kept alive in nutrient media containing activated carbon at different concentrations (0.1 mgmL-1, 0.5 mgmL-1, 1 mgmL-1, 2.5 mgmL-1, and 5 mgmL-1), and changes that occurred in their percentage of survival were determined for 48 h. According to the data obtained, for all three organisms, it was found that in comparison with the control group, there was no decrease in survival percentages in any of the experimental groups in which activated carbon was used. On the contrary, there were increases depending on concentration. Especially in A.salina, the percentage of survival, which was 78 % in the control group, increased up to 87 % (P <0.05). As a result of the study, it was concluded that activated carbon at the specified doses might be used reliably as a food additive. It was evaluated that these results should be supported by in vivo and in vitro studies to be conducted in different organisms. 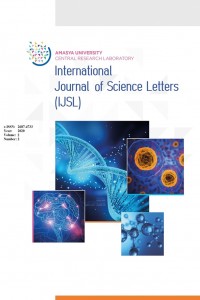